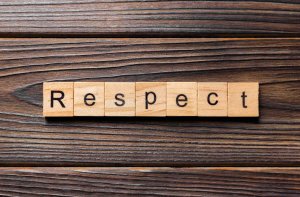 The National Association of Local Councils (NALC) has renewed its call on the government to change the law to ensure high standards of conduct in public life.

The plea comes ahead of consideration in the House of Lords of the Local Government (Disqualification) Bill that will disqualify individuals convicted of sexual offences from running for public office or retaining their seat if already elected.

NALC is concerned about the impact poor behaviour has on local (parish and town) councils, councillors, clerks and council staff and the resulting effectiveness of councils, impact on community engagement and local democracy.

The Civility and Respect Project brings together NALC, county associations, the Society of Local Council Clerks (SLCC) and One Voice Wales (OVW), to tackle this across four main areas: providing councils with the tools to support good governance; training; processes to intervene to provide support to struggling councils; lobbying to strengthen the standards regime and encouraging more people to get involved.

The Committee on Standards in Public Life undertook a review of Local Government Ethical Standards and in January 2019, its report comprised 26 recommendations for legislative changes including the introduction of suspension and disqualification of councillors for poor behaviour.

Disappointingly the government is yet to respond, despite continued pressure by NALC and others, and a Parliament UK petition calling for sanctions receiving over 10,000 signatories.

Several legislative vehicles have been identified which provide an opportunity to promote this important issue, such as the Local Government (Disqualifications) Bill, the Private Members Bill on the Abuse of Public Facing Workers (Offences), the Online Harms Bill and Levelling Up Bill.

NALC is urging the government to go further than sexual offices in the Local Government (Disqualifications) Bill and provide consequences where those in elected public office fall short of the highest standards of integrity and conduct in public life. In particular, the Bill should provide for the disqualification of councillors found to be in serious breach of the Code of Conduct following an investigation by the local authority's monitoring officer.

Cllr Keith Stevens, NALC chair, said: "NALC, county associations, the SLCC and OVW are all committed to promoting and supporting high standards of conduct in public life. That is why we are all working together through our civility and respect project to address this important issue. And why we are seeking opportunities to change the law to strengthen the current standards regime, especially through suspension or disqualification of the minority of councillors whose conduct falls below the standards we can all expect. Through our annual parliamentary engagement day – Lobby Day – on 23 March 2022 we will be highlighting this issue with both MPs and Peers and seeking their support."